The chef, Pietro Leemann, was born in Locarno, Switzerland, in the summer of 1961. From an early age, he loved the soil and nature because he used to play and work with his parents in the family kitchen garden.
In 1976, he was enraptured by a vanilla-flavoured Bavarian cream made by Angelo Conti Rossini, and decided to follow in the great chef’s footsteps. Thus, he started his long culinary studies with several master chefs, such as Angelo himself, Gualtiero Marchesi and Frédy Girardet, from whom he learned the fundamentals of haute cuisine.
As he was enthralled by philosophy and mysticism, he went to live in the East for several years, where he explored fascinating cultures, especially Zen Buddhism, Taoism and the world of the Vedas. In 1989, together with a group of friends, he opened the Joia restaurant in Milan, which, in 1996, became the first gourmet vegetarian restaurant to be honoured with the prestigious Michelin star.
A few years after this important hallmark of culinary excellence, in 2000 he was awarded the Pellegrino Artusi prize for the quality and novelty of his cuisine, followed by that of “Cuoco alle Stelle 2010” in the town of Fabriano.
In 2015 he was appointed Chef Ambassador of ExpoMilano.
He also received the 2018 prize of the Centenary Foundation of the Banca della Svizzera Italiana for the merits he had acquired in more than thirty years as a Ticino chef, who had chosen Italy as his homeland, and for successfully implementing his vegetarian haute cuisine project. He has written more than ten books on cooking, spreading food culture, the philosophy of nature and recipes. Together with his journalist friend, Gabriele Eschenazi, he founded “The Vegetarian Chance”, the first international festival of vegetarian culture and cuisine.
In 2020 Chef Leemann and the Joia restaurant were bestowed the Michelin guide green star for their sustainable practices. This distinction was launched in 2020 to highlight all those establishments that promote a more virtuous and avant-garde gastronomy in terms of responsibility and ethical sense towards the environment and nature. The issues addressed range from how raw materials are supplied to attempting to reduce food waste, that is, from the proper management of waste to energy impact and work ethic.
Chef Leemann is involved in several projects with companies, as well as public and private bodies, aimed at disseminating the precepts of healthy, sustainable and conscious cuisine.
Visit website 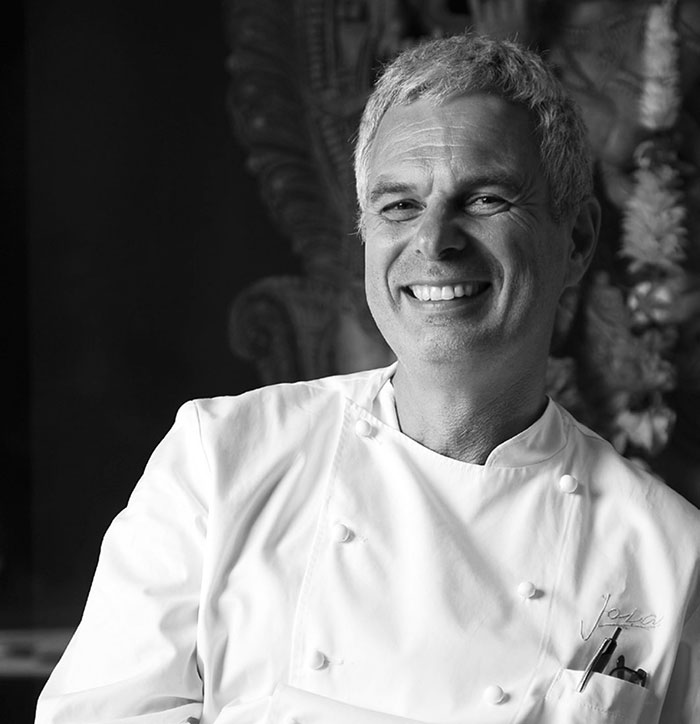 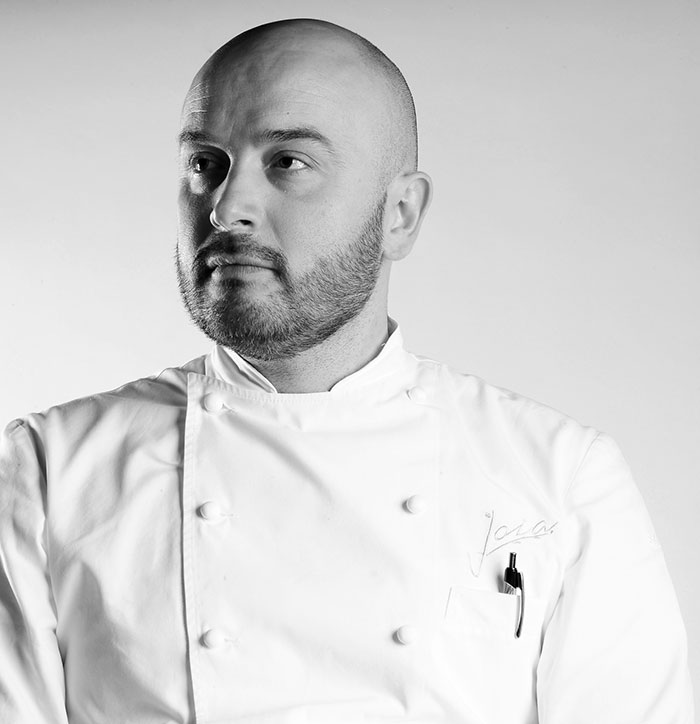 Chef Sauro Ricci, who was born in 1981, is from Orbetello (Tuscany). His professional training began by attending the hotel management school in Spoleto, from which he graduated after completing the course. He then began working in Michelin-starred restaurants in the Maremma, first at the Terme di Saturnia, then at the Hotel Il Pellicano with Stefano di Salvo, Michelino Gioia and Antonio Guida.
As he was fascinated by cultural and religious diversity, he enrolled at the University of Siena. In the Siena area he deepened his knowledge of medieval cuisine and took the opportunity to spend some time training in Spain. He came across traditional Yang Family Tai Chi, which he practised with Professor Giuseppe Cognetti, Master Enrico Vivoli and Master Leonardo Castelli. In 2010, he graduated in ethno-anthropological disciplines with a thesis on the philosophical and identity principles of modern macrobiotics. He completed his studies in Lisbon, at the Portuguese Macrobiotic Institute, and then travelled all over the country, discovering many eco-villages.
In 2012 he arrived at the Joia restaurant, where he had the opportunity to comprehend the convergence between haute cuisine and the rich world of plants; the gourmet gastronomy focused on quality raw materials, aiming to offer good food for the body, mind and soul. In 2014 he became Executive Chef and, in that same year, together with Pietro Leemann, he founded the Joia Academy, the training institute linked to the restaurant, with the aim of spreading the values, techniques and philosophy of vegetarian cuisine. Since the very start, he has been the educational director of the institute and responsible for organising and planning the course lessons.
Today, Chef Ricci plans all the activities related to Joia’s cuisine and manages the work of the large kitchen brigade. His approach to food and cooking is not limited to culinary practices, but is constantly nourished by his interest in studying, reading, research and experimentation.
He currently practices yoga with Gaia Bergamaschi and is following a Master’s degree in Traditional Sciences of India at the Bhaktivedanta Study Centre, UniPSI (Università Popolare di Scienze della Salute, Psicologiche e Sociali) in Ponsacco (province of Pisa).
Antonio Di Mora
Antonio Di Mora, who was born in 1976, is passionate about the world of blended wines and hospitality; he graduated from the Carlo Porta Hotel Management Institute in Milan. During his studies, he held a series of intern jobs in luxury hotels, where he deepened his understanding of various types of hospitality services. He first worked in the informal environment of the Jolly Tennis Club in Novate Milanese and then moved to Liguria to work at the four-star Palace Hotel in Diano Marina.
These experiences enabled him to learn how to create good relationships with the guests and to understand and meet their needs in the best possible way. His lucky break occurred during his internship at the Principe di Savoia in Milan, where he met Iginio Santini, who asked him to go and work in his eponymous restaurant. Two years later, again thanks to Santini, he moved first to St. Moritz, where he worked at the 5-star luxury hotel Suvretta House, then to London, where he was employed by the Santini Restaurant.
In 1999 he returned to Italy and, thanks to his professor, the well-known sommelier Giuseppe Vaccarini, he was hired by Joia as chef de rang. Right from the start, he proved to be very capable and, after a short period of time, he was given the responsibility of drawing up the wine list, in particular, of proposing suitable pairings for the restaurant’s dishes.
A few years later, a completely new career path opened up. After attending the professional sommelier school and obtaining his diploma, he was first promoted to Sommelier and then to Dining Room Manager.
Antonio firmly believes that this experience, which began almost 16 years ago, still offers excellent opportunities for growth and provides a continuous source of inspiration, not only as regards wines, but also at a personal level. Antonio, who had been an omnivore, has now become an equally staunch vegetarian.
The Joia restaurant continues to be a very stimulating and enriching workplace. It is a harmonious environment, where, over the years, the whole team has not only been able to bond, but also to develop professional relationships based on respect and stimulating exchanges with their colleagues. The restaurant enables staff to experience moments of great lightness, joy and irony, thanks to the support, collaboration, kindness and energy of everybody who works there.
His current role is Restaurant Director and Sommelier. 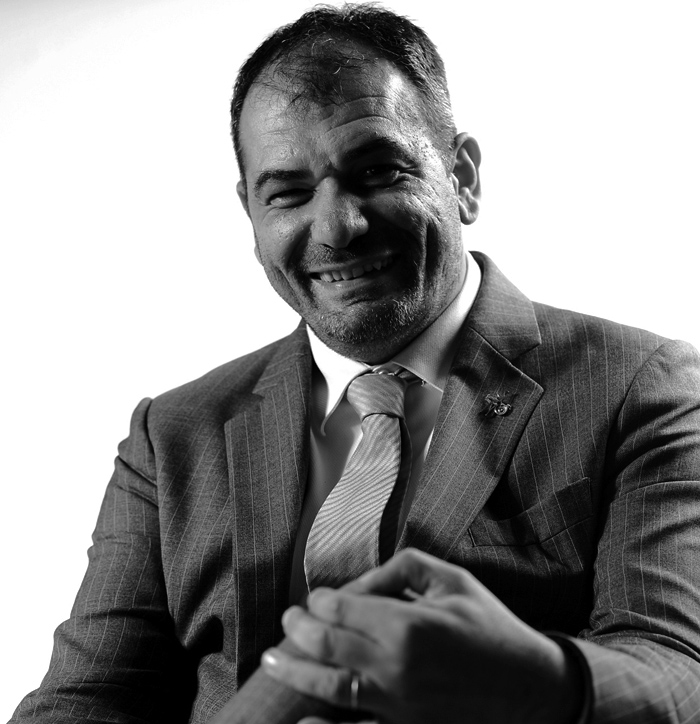 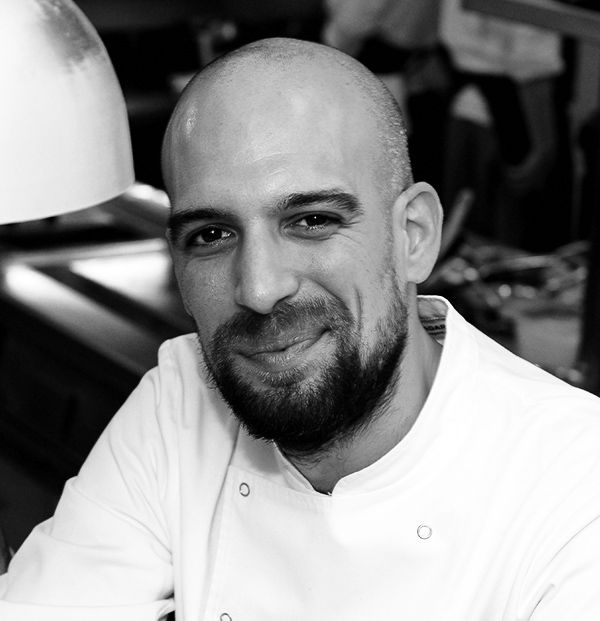 After obtaining his diploma in industrial mechanical engineering, Raffaele Minghini, who is from Cesena, decided to follow a hunch and graduated in Ethical and Aesthetic Philosophy at the University of Bologna.
As he wanted to express his passion for cooking and conviviality, in 2011 he began his professional training in the taverns of the Romagna region. He was then offered an opportunity to do an internship at Joia. Meeting Pietro Leemann completely changed his views on nutrition.
After a three-year experience as head chef for a plant-based restaurant that opened in London, today Raffaele is employed as sous chef at Joia and teaches at the Joia Academy.
Giovanni Di Liberto
Giovanni, who was born in 1988, comes from a working-class Milanese family. He is proud of his Sicilian roots and, in his youth, he began studying at a professional electronics institute. After completing his compulsory education, he became passionate about humanities and started a related communications course at the University of Milan. He graduated with a thesis on the second-generation Chinese in Milan.
On returning from a long summer trip to South-East Asia and India, he decided to take a postgraduate degree, also in Milan, and enrolled in the behavioural sciences department for a course on cultural enhancement of the territory and the landscape. He graduated with a thesis on environmental perception, in collaboration with the Environmental Psychology course and the urban simulation laboratory of Politecnico di Milano.
During his training he began to work and acquire experience in pizzerias, bars, catering services and hotels in Milan, developing a deep interest in everything that happened in the city’s hospitality sector. He was then employed at the Antica Trattoria della Pesa, a historic restaurant serving traditional Milanese cuisine. In the meantime, he continued to keep track with sustainability-related issues, although specifically in terms of the subjective ethical choices that led him to become a vegetarian.
This change led to some significant shifts and developments, to the extent that he decided to explore some of the issues in greater detail by resuming his studies. He therefore enrolled in a Master’s course on nutrition entitled “Food and Society” at the Bicocca University in Milan. The natural conclusion to his personal and professional training led him to Joia in 2019, where, after an initial training period, he was appointed maître.div> 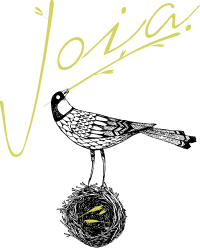 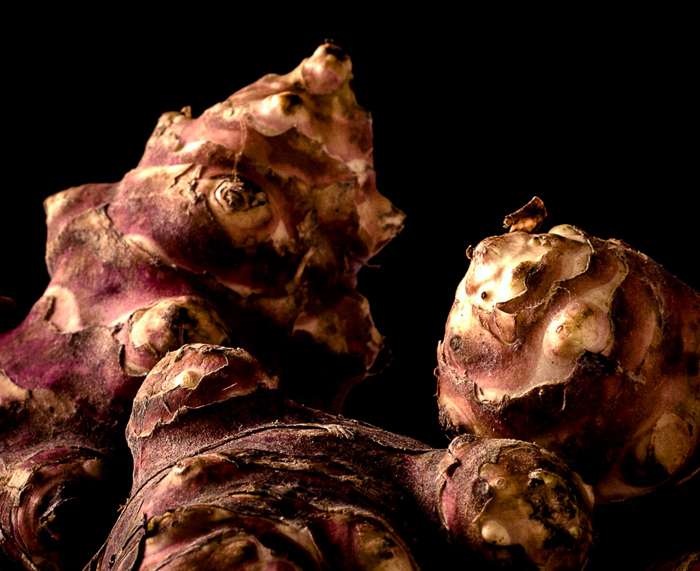 Under the guidance of Chef-Patron Pietro Leemann, Executive Chef, Sauro Ricci, and Head Chef, Raffaele Minghini, fourteen cooks and two assistants work in the kitchen. The twelve staff members are divided into four “stations” for starters, first courses, second courses and desserts, each having a station chef, a line chef, and a trainee. It takes a long time to prepare vegetarian dishes, which is why so many people are needed to ensure an optimum standard.
The Joia restaurant is also a site of training. There are many young professionals who want to gain experience in the restaurant’s kitchens. On the one hand, here they learn the fundamentals of gourmet vegetarian cuisine, which is quite different from the traditional version. On the other, they imbibe a future-oriented philosophy, style, and way of life.
div>
Serving Staff
A dining room manager, a sommelier, three chefs de rang and three line chefs work under the guidance of Antonio Di Mora. The service style at the Joia restaurant is rigorous, but not detached from our guests. It is informal enough to allow diners to enjoy their meal in a tranquil atmosphere.
We devote a lot of attention to our guests, for instance, by using kind, inclusive language. Several dishes are finished at the diners’ table. The wines, which are well selected by Antonio, are served in elegant glasses, fit for the occasion. The dishes are protected with silver cloches.
All this is done to enhance the value of an important cuisine and create rituals which our diners will always remember.div> 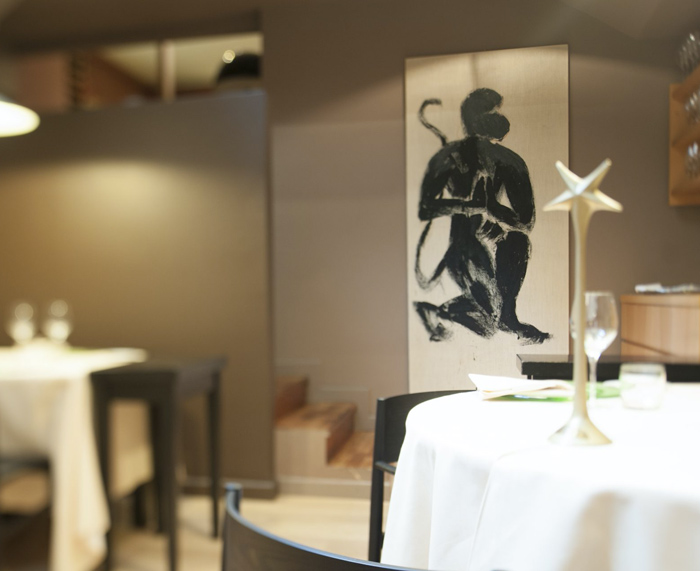